“Why Am I Here?” How Overseas Travel Shaped Sarah Seibert’s View of Ministry 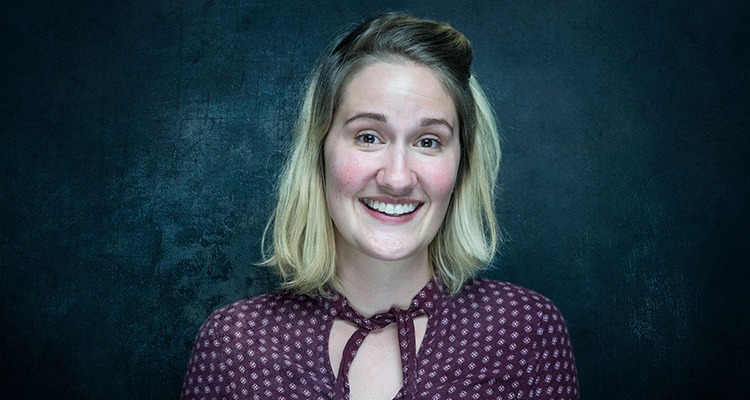 “How do you travel so much?” people often ask Sarah Seibert (’12). Anyone who casually follows Sarah on Instagram probably wonders the same thing.

One minute, she’s in Kenya, gingerly grasping a dead chicken by its feet, which somehow isn’t incongruent with her flip-flops, colorful headband, and expression of surprise. The next minute, she’s sporting dreads and sunglasses, kissing a doe-eyed giraffe on the nose. And if you were to scroll down a little farther, you’d see her in Indonesia, hair piled high above sunny cheeks, tropical waves in the background.

But while Sarah’s adventures in Indonesia, Kenya, and Uganda were often filled with the joy and spontaneity that radiate from her Instagram, Sarah is quick to share (especially if you sit down with her over coffee) that her time overseas has not always been easy, that God used her travels to challenge preconceptions and shape her understanding of what ministry really means, and who really needs it.

When Sarah first graduated from Corban University with a degree in Elementary Education, she knew her heart was drawn toward the poor, the oppressed, the people who had experienced hardship and suffering. She would dream of using her degree in an underdeveloped country, thinking to herself, “I’m going to teach in the mud huts of Africa!”

But her first international teaching experience found her in Jakarta, Indonesia, instead. Upon walking into her third-grade classroom, Sarah didn’t encounter children who were malnourished, children who slept on dirt floors, children who walked for miles to get to school. No, the children in Sarah’s class owned iPads. They had nannies, pressed uniforms, and their very own drivers who dropped them off and picked them up. “These kids have more money than I do!” Sarah thought in dismay. “Jesus, what am I doing here?”

But she had signed a two-year contract, and she didn’t want to spend those two years in discontent. So she scraped together a positive attitude and began to pour the knowledge she’d gained at Corban into her classroom.

One of Sarah’s favorite new routines was inviting individual students to join her for lunch on Mondays and Fridays. Her third-graders delighted in the ritual and looked forward to the day they would be selected to eat with “Miss Sarah.”

“Who’s your best friend?” Sarah would ask. “How’s your family?”

She knew her students would enjoy the chance to receive her undivided attention. But she underestimated just how much they needed her.

Her students had iPads, nannies, and more money than she’d ever had. But if they didn’t have the love of Christ, Sarah realized, they were empty.

This is why I’m here.

Looking back on her years in Indonesia (which morphed from a two-year contract into a four-year commitment), Sarah admits that for much of her life, “I had idolized the poor and demonized the rich.” But over and over again, she heard her wealthy students express loneliness and sadness. “Even though I thought they had everything, you can never have enough if you don’t have Jesus,” Sarah says. Slowly, God had transformed Sarah’s perception of ministering to those who were wealthy.

At the same time, He hadn’t taken away her heart for those who were not. Africa was still calling.

(People often ask Sarah, “How do you always have somewhere to stay?” “Who do you stay with?” to which she’ll reply, “family.” That’s one of the benefits of being a Christ-follower, Sarah explains: no matter where you go, you have a family in Christ who will take you in. In Uganda, Sarah stayed with a friend she had met while studying abroad in college; in Kenya, she stayed with a pastor and his family.)

The desire to work with those experiencing poverty had nestled in the back of Sarah’s mind for four long years. Finally, she was here. She’d traveled from a wealthy primary school in Indonesia to the slums in Kampala, Uganda, and she was ready to help.

But once again, God began to change her perspective on why she was there.

She had teamed up with an organization after arriving in Uganda. “We had a whole checklist,” she says. But when her group met up with MJ, the young man they’d partnered with, he listened to their checklist of projects and said, “I don’t want any of this.”

“What do you mean?” Sarah remembers thinking. MJ lived in the slums with his wife and two children, and at any given time, they had taken in between 15 and 20 additional children to feed and care for. Surely he had a project or two they could help with!

Sarah and her five teammates looked at each other—and decided to abandon their checklist. They might look lazy, they realized. They might even look irresponsible. “But,” Sarah says, “you’re not always going to look good when you’re serving Jesus.”

It turned out that wherever Sarah went, whether it was a slum in Kampala or an upper-class school in Jakarta, the people she met simply wanted her time. One of her favorite memories is sitting in a church office in Kenya with her friend Sherri. Some days she’d work on projects, but other days she’d just be. She remembers Sherri saying to her, “I feel I’m closer to you than any other American, because you’ve given us your time instead of a schedule.”

But focusing on being present didn’t prevent Sarah from serving when the opportunity arose. During part of her time in Uganda, Sarah partnered with an organization called “Come, Let’s Dance.” The multi-faceted organization comes alongside Ugandans to provide assistance with farms, medical clinics, and schools. When Sarah was asked if she could spend some time training Ugandan teachers, she agreed.

“I just tried to use all of my resources from my training at Corban and my experience in Indonesia,” Sarah says. The training was divided into two-week units on topics ranging from classroom management to teaching methods to—perhaps the most delicate topic—classroom discipline.

In Uganda, it’s cultural practice to use beating as a form of discipline. Sarah remembers bringing up hypothetical scenarios like, “If a student hits another student, what are you going to do?” Without pause, one of the teachers would say, “Get a stick.”

“Okay,” Sarah would say thoughtfully, “But instead of getting a stick, what are some other things? Could you have them clean the chalkboard? Stay in during recess?” She was careful never to forcefully impose a white, Western, American approach, but rather to provide options, explaining what methods she used in her own classroom and why. “It was hard, because I didn’t want to come in as a mzungu—foreigner, white person—and say, ‘I’m going to train you guys.’ They’re already so knowledgeable. I wanted more to empower them than train them.”

So she shared what she had learned at Corban about classroom discipline, talked about rewards and consequences, and let teachers adopt what made sense to them as educators.

She remembers seeing incredible change. Sarah would observe the teachers in action and hear them say things like, “Emanuel, you didn’t do your homework. As a consequence, you have to stay after class—and I’ll help you.” Perhaps some of the teachers learned what Sarah had—that giving someone your time and attention can make the biggest impact.

Sarah hadn’t gone to Africa knowing exactly what she would do, who she would partner with, or how she would make a difference. Instead, she’d gone in with the simple attitude, “I’m available.” Sometimes that availability led to unique opportunities like training Ugandan teachers. Sometimes it meant setting aside a checklist and playing basketball with children in the slums. But wherever she went, she learned the power of presence and the gift of lending someone your time. It didn’t matter if the people she interacted with owned iPads and nice cars or if they lived in one of the world’s biggest slums—they craved the relationship and intentionality that can only come when we say, “I’m here, and I’m available.”