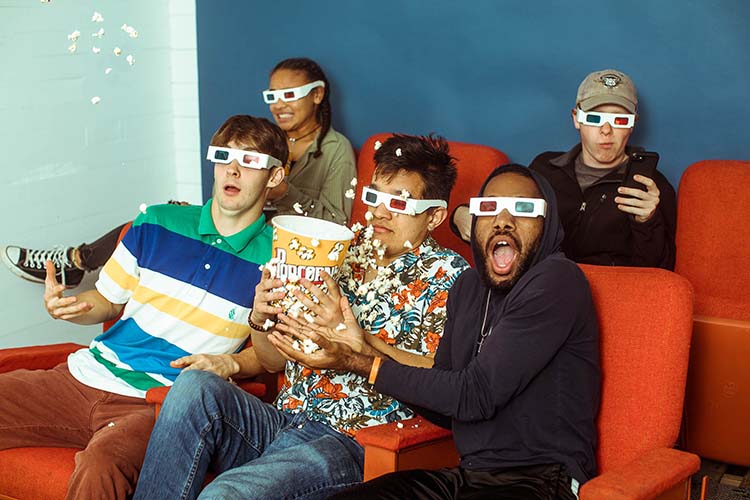 From 30-second clips for social media to full-length movies, film has become one of the most powerful forms of storytelling in modern culture. Through film, you can tell an entertaining story, share compelling information, and motivate and inspire people to take action. In Corban’s film program, you’ll learn how to build compelling content from script to screen, so you can help tell the stories you’re passionate about.

Corban’s film studies concentration offers practical experience through a variety of projects that let you express your creativity and build your skills. Before you graduate, you will be able to:

Is film studies the right major for you?

As a film student at Corban, you’ll prepare to embark on the long and winding road of a professional career in film and video production. You’ll receive both the theoretical foundation necessary to understand how and why film “works,” as well as crucial hands-on experience designed to help you develop essential film skills.

Build a well-rounded expertise in media arts through core courses, and then add a specific focus on film, with room to customize course selections to your particular interests.

Creative Media Lab, Special Topics, and Communication Internship courses are all completely customizable to what you want to learn. Learn more about video editing or lighting techniques or storytelling. This is your opportunity to go deeper into a topic you choose.

In our digitally-driven society, there is a constant demand for video content. Your career could take many directions, including:

Corban’s makerspace, The Barn, is a creative hub for all types of artistic pursuits. It also houses the media arts photography and film studio, including backdrops, new lighting equipment, and two production rooms.

Working as a team with other students, you will write, create, and produce your own short film. The course is your opportunity to take all that you’ve learned in previous courses—writing, filming, storytelling, theory, and collaboration—and create an original short film for your portfolio.

Spend a semester in Hollywood, the heart of the film industry! As a film student at Corban, you will have the option to participate in CCCU’s GlobalEd program (in partnership with Olivet Nazarene University) at the L.A. Film Studies Center where you will study film production from a Christian perspective. You will develop your storytelling voice, perfect your film-making skills, and network with Hollywood professionals.

Learn more about what you can expect as a media arts student at Corban.