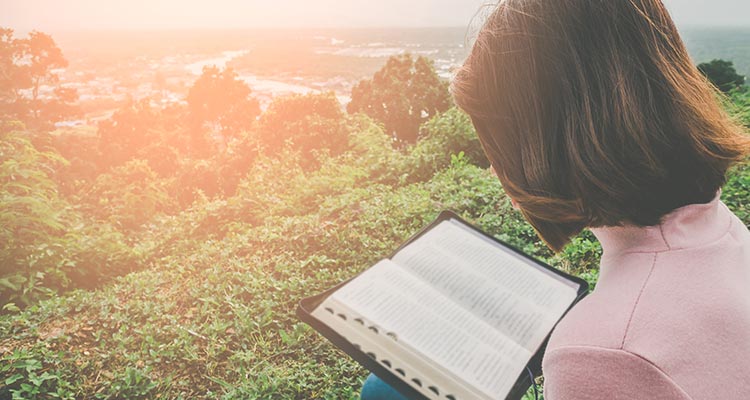 We believe God has revealed Himself in creation, in the Scriptures, and supremely in Jesus Christ. God is the source of all truth.

We believe the Scriptures, consisting of the 66 books of the Old and New Testaments, are divinely inspired and without error in the original writings. They are to be understood in their normal literary sense and serve as the final authority in all matters of faith and life.

We believe in the one true, personal, sovereign, eternal God, who is Spirit, and is the Creator and Sustainer of all things. He exists in three equal persons: Father, Son, and Holy Spirit.

We believe the biblical account of creation is neither allegory nor myth, but an historical account of the miraculous creative acts of God. All creation was good before the intrusion of sin and death.

We believe Jesus Christ is true God and true man, existing as one person. He was virgin born, lived a sinless life, died on the cross, was raised physically from the dead, and has ascended into heaven.

We believe the Holy Spirit indwells and gives life to believers, enables them to understand the Scriptures, empowers them for godly living, and gifts them for service. Some spiritual gifts are not normative for today because they were given to authenticate the Gospel and establish the early church.

We believe God specially and directly created human beings in His image. Human life is sacred, beginning at conception. God created humans male and female and has ordained marriage as a union between one man and one woman.

We believe the entire human race suffered spiritual death and became alienated from God and subject to physical death as a result of the disobedience of Adam, the first human.

We believe the death of Jesus Christ was a substitutionary sacrifice for our sins. Before the creation of the universe, God sovereignly chose some from among sinful humanity to receive His grace in Christ. Salvation is received by God’s grace through faith apart from any works. Believers are saved eternally, progressively transformed into Christ-likeness in this life, and will be perfected at His coming.

We believe the Church, the Body of Christ, began at Pentecost and is expressed in the world through local churches. Its mission is to worship God, make disciples of all peoples, and live out the Gospel until Christ returns. It observes two ordinances: the believer’s baptism by immersion and the Lord’s Supper. The church is distinct from the state and upholds the individual’s freedom before God in matters of faith.

We believe angels are spirit beings created to serve and worship God, that some rebelled and followed Satan, and that this rebellion was defeated at the cross.

We believe in the imminent and glorious return of Jesus Christ, who will gather His people, raise the dead, judge the nations, establish His millennial kingdom on earth, and fulfill His promises to Israel.

We believe in the bodily resurrection of all the dead, the unsaved to everlasting punishment, and the saved to an everlasting, blessed life with God.

The Statement of Faith of Corban University, Salem, Oregon, adopted by the Board of Trustees, April 2013. corban.edu 6-12-13