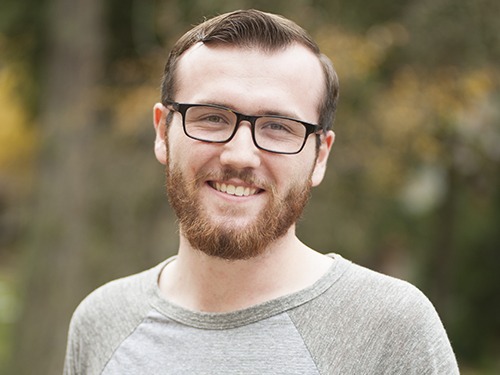 What do elementary education and app development have in common?

For Caleb Stultz, the answer is twofold: innovation and relationship.

A 2014 graduate of Corban University, Caleb has used his degree in elementary education in unexpected ways, first with a private Christian elementary school in Indonesia and then with Devslopes, an online-based company that provides education in app development.

Even as a student at Corban, Caleb had a knack for challenging himself—and yet making everything he did look easy. Jesse Payne, Director of Undergraduate Teacher Education at Corban, remarks, “Caleb has always been that unique and gifted individual who stood out from his peers because of his drive, motivation, and entrepreneurship.”

That drive and motivation led Caleb to look beyond the Pacific Northwest for a teaching career.

The SPH school network has a special relationship with Corban University, and Corban has sent dozens of graduates to teach in the Christ-centered schools. Caleb and Amy followed suit, excited to help provide a biblical education to the future leaders of Indonesia, all while embracing Indonesian culture and challenging themselves to learn a new language.

Amidst the challenges of adjusting to a new culture, Caleb cultivated a classroom built on relationship while continuing to challenge himself to improve his teaching methods.

During his first year at SPH, he began to investigate Flipped Learning theory, which suggests that students benefit from being given content outside of class (homework, reading, and video lectures), and spending class time applying what they’ve learned through interactive projects. Caleb began uploading YouTube videos of mini lectures for students to watch outside of class, with the goal of saving time, better involving parents, and reserving precious class time for hands-on application.

The more Caleb utilized technology for the classroom, the more he realized that technology itself was his passion—learning about it, developing it, and teaching others to use it more effectively.

While in Indonesia, he began taking classes in coding and app development through an educational resource he had found online: Devslopes. Unsurprisingly, app coding came easily to him. Caleb had been helping friends and family solve their technological and computer problems for years, and iOS development seemed almost intuitive to him.

“I love technology,” Caleb says, “and one of my biggest passions is equipping people to solve their own tech problems and giving them the skills they need to be successful.” After completing several Devslopes courses, Caleb transitioned from student to teacher and began working part-time for the same company that had fostered his interest in app development.

Upon finishing out his two-year contract with SPH, Caleb joined Devslopes fulltime. “Code yourself a new future,” Devslopes promises the students who invest in the online courses—and this was exactly what Caleb himself had done.

With a heart for education and a thirst for innovation, Caleb found Devslopes to be the fit he was looking for. He’s been an instructor and course developer, specializing in iOS development (particularly Swift) since September 2016.

But while Caleb spends most of his time creating courses and tutorials (he even authored a book on how to operate the new Apple Watch, Apple Watch & watchOS 2: Power User in an Hour!), he still finds time to research and code for his own projects.

For example, this past October Caleb delved into machine learning and developed an app that recognizes handwritten numbers. This may seem unexciting to many, but to Caleb, it means the opportunity to experiment, challenge himself, and stay up-to-date with the fast-paced world of coding. He’s also found time to dive into the world of graphic design and social media marketing, and is responsible for much of Devslopes’ social media presence.

At first glance, it may seem that Caleb is no longer using his degree in elementary education.

But the education he received at Corban is part of what makes Caleb so effective in his role at Devslopes as he equips people around the world to “code themselves a better future.”

Caleb shares, “My education at Corban influenced my present-day work with Devslopes in that I learned the value of relationship. The staff and professors were so intentional to develop relationships with me, and that truly grew me as a person. Even though I’m not meeting with students face-to-face anymore, I strive to build meaningful relationships with them, showing that I care and am genuinely interested in their lives and wellbeing. No amount of marketing can outweigh the value of personal relationship.”

“The 2018 CCCU Young Alumni Award recognizes an individual that has achieved uncommon leadership or success in a way that reflects the values of Christian higher education.” Nominees for 2018 must have graduated between 2007 and 2017, and must currently be demonstrating “success in reflecting the mission of their alma mater and of the CCCU (faithfully relating scholarship and service to biblical truth).”