“Getting My Joy Back”: Lily Ellerton’s 30-Year Journey to Restoration 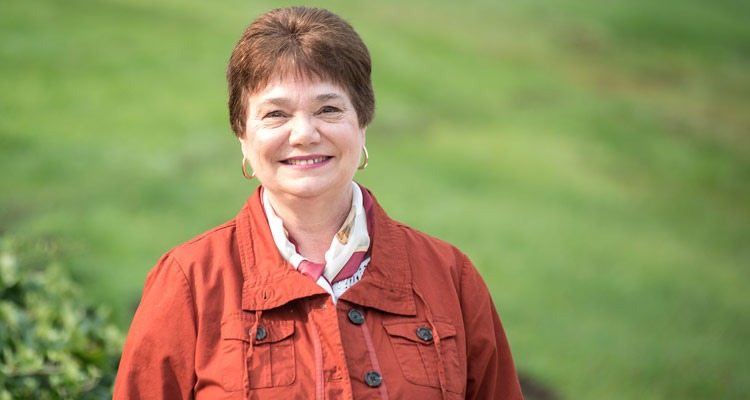 Lily Ellerton had been two months away from graduating college when she married who she’d thought was the love of her life. She had known him for nine years, so when everything lined up for them to get married, she jumped in with both feet. But he wasn’t the man she’d thought he was.

Her new marriage quickly derailed her education, and she quit school before earning her degree. Within a year of being married, Lily and her husband moved to California, away from her family and support system in Washington. But perhaps the most crushing blow was her husband’s unilateral decision to get a vasectomy. “That was another dream that was lost,” she shares—“I’ve never had children.”

For the first ten years of her marriage, Lily’s sole focus was on surviving. “I had given up my own identity for the sake of my husband, living what he demanded and expected.” But God never left her, reminding Lily of His promise in Isaiah to “heal the brokenhearted and set the captives free.”

At the ten year mark, five years after they’d settled across the country in Virginia, the abuse seemed to ease as Lily’s husband allowed her to become involved in church. “I jumped into everything I could get my hands on. I was thriving!” She became involved in Sunday School, Vacation Bible School, and an intercessory prayer group. She would even take on the leadership roles of Prayer Coordinator and New Believers’ Coordinator.

Although Lily had found freedom to serve in the church, there was still war at home, and her pastor began to notice that she was a woman in crisis. “He was the instrument God used to intervene in our marriage,” Lily says.

But despite months of counseling, accountability, and even a seven-month period of separation for the purpose of restoration, her husband’s heart didn’t change.

“Eventually, in 2009, things came to a head, and I just knew God was releasing me from the marriage,” Lily says, adding that there were plenty of biblical grounds for a divorce. So after 27 years, she packed everything she could fit in her car and drove across the country, back to Washington. She was 53, and it felt like her life was starting over.

Continuing her education was far from Lily’s mind as she searched for a new church, new job, and new home. “I just needed to get free and get my joy back.”

She eventually settled in Keizer, Oregon, and began working at Hope Pregnancy Clinic in Salem. She had long known she wanted to work with women in crisis, but she couldn’t have foreseen how God would use this experience to provide healing after her dream to have children had been taken away from her.

“What are you bringing me here for?” she would ask the Lord as she walked with women through unwanted pregnancies, sometimes seeing them through to delivery and even getting to hold their new babies.

But Lily’s healing wasn’t yet complete. God was about to take her on a journey of restoration that would help her rediscover her identity, voice, and passions.

One calm July evening, Lily was restless. “I felt like the Lord was tugging on my heart to pray and seek Him for the next step.” She ventured outside and began to walk around Staatz Lake. The water was still—it was a beautiful night. “I had just missed the meteorite shower,” Lily remembers, “and I love falling stars.”

She walked around the lake three times. Each lap felt like a piece of her restoration falling into place: “In my heart, it was like death, burial, and resurrection. Each lap represented all of that.” During the first lap, she came to terms with the death of her old life. During the second lap, she buried it: “I’m really giving it up,” she promised. During the third lap, she asked God what would come next. “Lord, you’ve got to tell me,” she prayed. “I feel like I’m supposed to go back to school, but what does that mean?”

After the third lap, she sat down and looked out over the still lake. In her heart, she simply said, “Yes.” Yes, she would pursue an education. She didn’t know where or how, but she would do it. “As soon as I said ‘yes’ in my spirit, I saw this fireball with a big long tail falling from the sky right in front of me,” Lily says. It was like an exclamation mark from heaven: Yes!

The next day felt ordinary. She woke up and headed to Keizer Station to do some shopping. “I had parked my car and was getting ready to go into Marshall’s, and a van that said ‘Corban University’ crossed the road in front of me.” New to the area, Lily had no idea what Corban University was. “I looked it up, and they had an adult degree completion program that was perfect for me!”

So nearly 30 years after putting a pause on her education, Lily went back to school to complete her degree in psychology. It was exactly what she needed to prepare for her calling to work with women in crisis and “heal the brokenhearted and set the captives free.”

But a bachelor’s degree was just the beginning of her educational journey. Little had she known, when she first gave up her dream of getting a degree, that she would not only finish her bachelor’s but would continue on to earn her Master of Divinity. It was during her six years in graduate school that God really used Corban to transform Lily’s life.

“Corban has been a tremendous catalyst for growth for me,” Lily says. “First of all, it awakened hope.” Lily encountered professors who cared about her progress and were ready to come alongside her. “They’re in my corner. They believe in me. They encourage me. And wherever they can, they open doors of opportunity for me.”

Studying at Corban also awakened her voice. With each reflection paper, each assignment that asked her to look inside herself and articulate her own opinions, thoughts, and feelings, Lily rediscovered the voice that her husband had silenced.

When she took Preaching 1 and Preaching 2 with Dr. Greg Trull, she rediscovered her passion for public speaking, and even spoke at Corban’s chapel the following spring. The theme for that year was “Made New,” and Lily spoke about how God makes us new by resurrecting us, renaming us, and restoring us.

“Honestly, that’s my life at Corban!” Lily says. “God resurrected me, then He renamed me—I discovered my identity here like never before—and He restored me. He restored my education, and I’m sure other areas of restoration are still to come.”

Lily has also begun to see the restoration of her dream to have many spiritual children. Two years into her master’s program, she discovered Simonka Place for Women and Children—a ministry of the Union Gospel Mission. Lily had seen the sign for the women’s shelter many times, and had always wanted a tour. As soon as she walked through the doors, she knew that’s where she belonged.

When a position opened up, she took it—first working nights at the shelter, then accepting a position working with women with mental health and physical challenges. When the door opened for a counseling position with Simonka’s drug and alcohol recovery program, Lily took it. She’s been at Simonka Place for four years, and was recently promoted to Recovery Program Manager.

“What I do at Simonka fits who I am,” Lily says, “and the call to heal the brokenhearted and set the captives free.” She walks with women through a 15-18 month residential recovery program that seeks to set women free—not only from the bondage of addiction, but also from the trauma, pain, and shame that led them to addiction in the first place.

“It’s a long journey,” she shares. “The women have numbed their pain for so long with drugs and alcohol, or other means of escape, that it’s hard for them to face reality. They’re stuck in places where they were wounded and they don’t know how to get free.” She gets to walk with them as they encounter suffering that is no longer masked by substance abuse. And then she gets to see them start their lives all over again. “Some of our gals are even going back to school. They’re going to college,” she shares.

Although she’s never had biological children, Lily has witnessed the multiplication of her spiritual children as she’s watched women’s lives become transformed. “It’s holistic transformation, and the process intricately involves meeting Jesus and following Him.” She adds, “It’s just a wonderful joy to be there.”

Lily’s own journey isn’t over—and neither is her education. She’s just begun Corban’s Doctor of Ministry program, where she’s the only woman in her cohort. “And I’m okay with that!” she laughs. “I feel like I have a voice, and I have something to contribute.”

At 61, Lily feels like her life is really just beginning. “I’ve got a lot more life to live, and a lot more God to give,” she says. “God is going to fulfill the dreams He’s put within me. I don’t want to leave anything undone.”