What’s an Accountant Doing in Missions? Tiana Shares Her Story 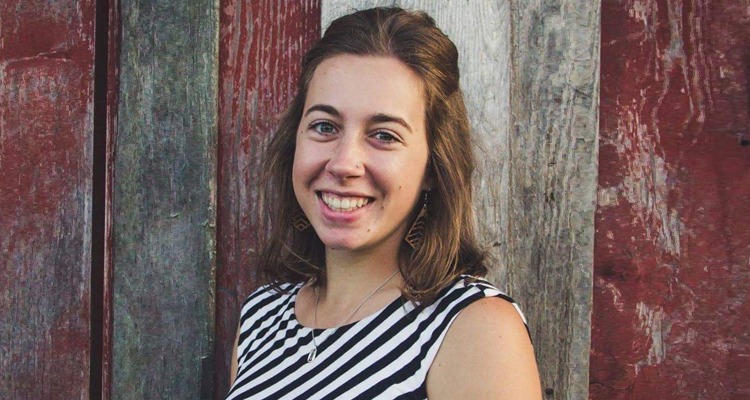 “I probably won’t translate a verse in my life,” says Tiana Nisly. Although she works for Pioneer Bible Translators, Tiana isn’t actually a translator. Nor is she an evangelist, a pastor, or a church planter.

“As an international accountant for Pioneer Bible Translators, I get to come alongside my teammates who are translating the Word of God and planting churches, and I get to bring my gifts and skills in accounting so they can keep doing their ministry.” Although Tiana may never translate a verse in her life, she gets to play a role in equipping those who do. “We’re created to like different things so we can all work together to accomplish the ultimate goal. I get to be the accountant in that equation.”

Tiana knew she wanted to study accounting since her sophomore year of high school, when she took a career quiz that highlighted her strengths working with numbers and details. But Tiana adds, “On the opposite side, I love working with people.”

At Corban, Tiana found a place to not only earn her degree in accounting, but also to grow in her faith and gain a bigger vision of how she could use her degree to advance God’s Kingdom. “Praise God I attended Corban,” Tiana says.

She remembers one particularly impactful seminar she attended her freshman year during World Outreach Week. The seminar included a series of workshops about using your major in missions, and Tiana attended the business session. “I wasn’t particularly interested in missions, but I still went. I learned that night that accounting is desperately needed in the mission field.”

Tiana learned that as missions organizations grow, their need for staff beyond pastors and evangelists grows. To be truly effective in ministry, they need people with a variety of abilities—from counselors to teachers to accountants. It was an idea that had never occurred to Tiana before—a true picture of the body of Christ.

Although she didn’t feel called to go into missions herself, Tiana still found the idea of doing accounting for a missions organization exciting. She imagined what her “dream job” in missions might be: “What if I could do accounting in missions and work mostly in the U.S., and occasionally overseas?”

Sophomore year, Tiana attended a missions retreat, where the speaker happened to be a recruiter for Pioneer Bible Translators. Tiana was inspired by the speaker’s testimony and made a point to connect with her personally. The speaker returned to Corban periodically over the next two years, and Tiana continued to build a relationship with her, not because of her affiliation with Pioneer Bible, but simply because she admired her faith.

By her senior year, Tiana was confident she knew where life would lead after graduation. “I had a job in Salem—I thought I was going to work at the non-profit I had worked for the previous summer. I thought, ‘Yep, the Lord brought this job to me.’”

When the recruiter for Pioneer Bible Translators visited campus once again to speak in chapel, Tiana avoided her. “I thought, ‘She’s going to talk to me about a job, and I don’t want to have another option to weigh. That’s going to make things complicated!’”

But God had other plans.

“I never go through the coffee shop to the parking lot up above,” Tiana says, a wry smile on her face, “but I did that day—the last day she was on campus.” Sure enough, the recruiter was sitting in the coffeeshop. Tiana reluctantly went over to talk to her, and before she knew it, they were discussing job possibilities. She offered to give Tiana’s contact information to their Chief Financial Officer.

Three months later, she had a job offer. It was exactly the job she had dreamed up three years previously—working part-time in the U.S. and part-time overseas, doing accounting for the headquarters and international branches of Pioneer Bible Translators. As the CFO described the job over the phone, Tiana tried to keep a professional demeanor, but the words just spilled out: “This is my dream job!”

A month after graduating in May, Tiana moved across the country to Dallas, Texas, to begin her new job with Pioneer Bible Translators.

Almost immediately, Tiana found a community with a uniting purpose and a commitment to advancing God’s Kingdom. “If you have your ‘why,’ then you’re motivated to do your job, even if it’s working with numbers,” Tiana says. For her, the “why” is “being a part of bringing every language group on earth to Christ so that He is worshiped in every language and culture.”

She also gets to exercise her people skills on a regular basis, especially when she’s raising support back home. “Thank goodness I’m a people-person,” she laughs, “because I have four to five appointments a day. It’s a really cool experience,” she adds. “I get to share what I’m doing and how God has been showing Himself to me.”

From numbers to details to people, Tiana has found outlets for a variety of gifts and skills at Pioneer Bible. Soon, she’ll even get to fulfill her love of travel. She’s currently training to go overseas, where she’ll help provide short-term accounting support for Pioneer Bible’s international branches in places like Vanuatu and Papua New Guinea.

The longer she works at Pioneer Bible, the more Tiana sees the need for people with all backgrounds and skills to make their ministry successful. In addition to accountants, Pioneer Bible needs people in dozens of roles—such as teachers to work with children of missionaries, counselors to help team members process overseas experiences, and mechanics to work on cars and equipment in areas with rough terrain.

Tiana hopes more students at Corban will come to the same realization she did—that anyone’s gift can be used in missions and that mission work isn’t reserved for evangelists, pastors, and church planters. She says, “It takes a team to make all of our ministries fruitful.”

This article is part of a series of stories featuring God’s wonderful work happening at Corban University, as well as an opportunity to give to student scholarships. Thank you for prayerfully considering a gift to make a difference in a student’s life, as well as the world!