Olivia Wall Pursues Her Dream of Becoming a Public Defender Through Full-Ride Scholarship to Law School. 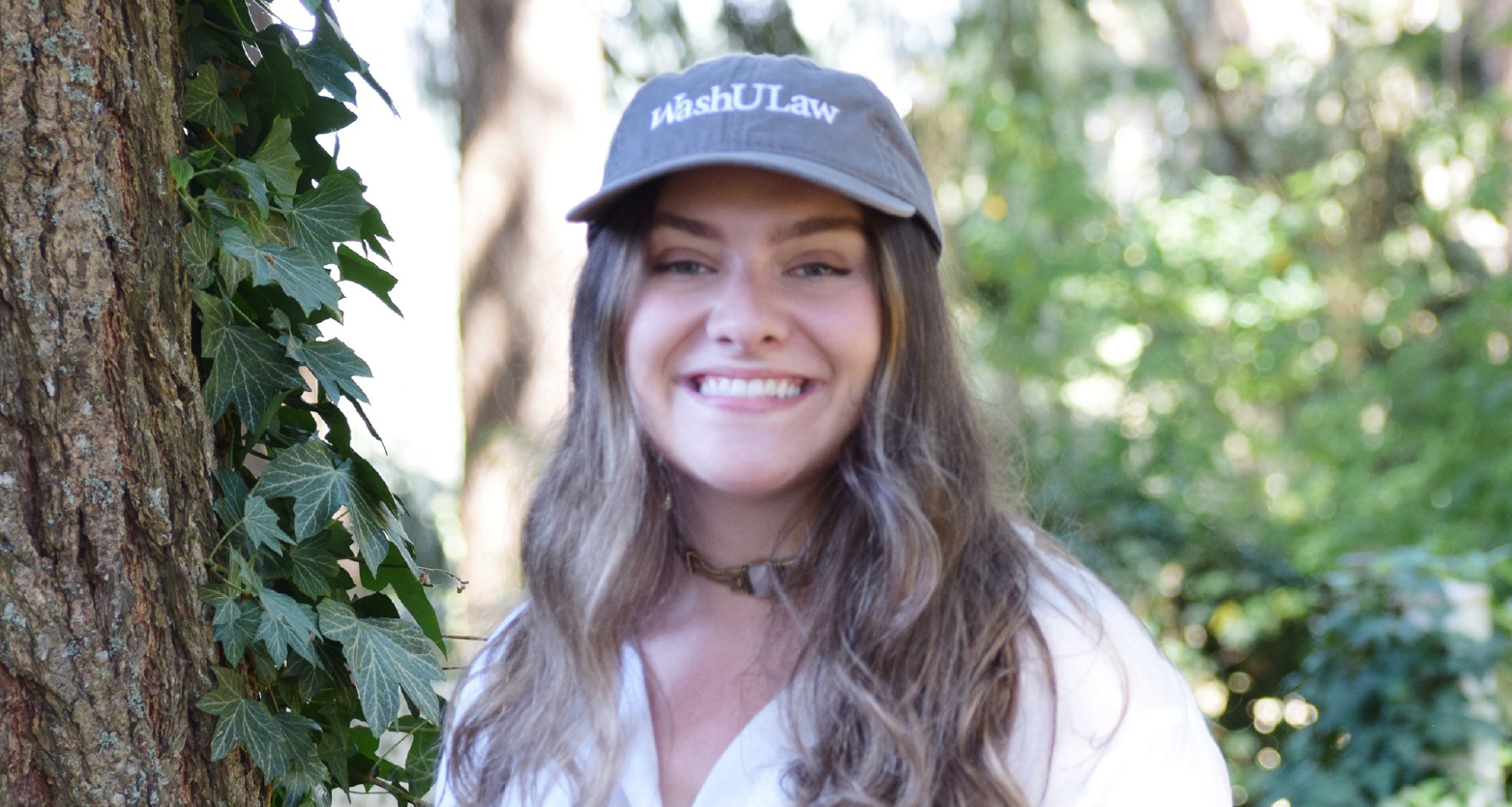 After Olivia Wall graduated from Sprague High School, she knew she wanted two things: to stay close to home for her undergraduate degree, and to eventually become a lawyer. Fast forward a few years, and she is now pursuing her postgraduate law degree at prestigious Washington University School of Law on a full-ride scholarship. In the in-between, Olivia called Corban University home, and it was here that she was prepared and equipped for her journey into the legal field.

A self-proclaimed lover of competition, Olivia didn’t stop at one major while studying at Corban, opting to double major in political science and history. “I would have triple majored in English if that was feasible,” she laughs.

At Corban, Olivia encountered an environment that felt tailored specifically to her needs. “The smaller environment was perfect for my learning because I was able to study exactly what I wanted to,” she says. “If you look at my transcript, I substituted so many courses. It was such a mess. But at Corban, professors know you by name and want you to succeed and study what you’re passionate about.”

Along with double majoring, Olivia was actively involved in student life as a resident assistant in Aagard, and also took advantage of Corban’s exchange program with Oxford University in the United Kingdom where she studied history under the direction of global experts. Her holistic experience helped prepare her for her eventual foray into a postgraduate law degree. “The law is such an interesting conglomeration of various subjects,” she says. “It is driven by narratives.”

In her history classes, she learned to read and interpret these historical narratives, while her political science courses solidified a foundational understanding of governmental and power structures. But it was Corban’s uniquely Christian perspective that she believes has served her most. “A lot of my ideas about how things worked were challenged at Corban,” she says. “I had never received an education that talked about redemption, humanity’s brokenness, and how the solution isn’t necessarily just found in overcoming oppressive systems, but in the circumstances of people’s lives. They are not just case studies. They have a significance in the metanarrative and biblical world view. Corban has helped me to step back and realize that these are pieces in an equation, and to see the actual people going through these circumstances.”

After graduating in 2018, Olivia took what she calls “time off,” spending a summer working in South Africa through the Camp10 program, then working for the Corban Language Institute, and filling the remainder of her two years post-graduation working as a legislative assistant for then Senator (now Congressman) Cliff Bentz and as a legal assistant in litigation at Heltzel-Williams, all while studying for the LSAT—the entrance exam for law school.

After passing the LSAT, Olivia ended up applying to 15 different law schools in the fall, expecting to hear back sometime in the spring. Her wait was short-lived. “After I submitted my application, two days later Washington University in St. Louis called and said, ‘We want to interview you,’” she recalls. “They were so kind but also showed so much interest.” Washington University eventually offered her a full-ride scholarship, plus a living stipend and institutional support.

“Mentally, I think I compared every other offer I had to them after that,” Olivia says. Even though she ended up being accepted into eight schools with multiple full-ride offers, Washington University’s prestige and early interest seemed like the perfect fit. “My biggest goal going into law school was to not get into debt,” she says. “I’m interested in public defender work, and that’s very low paying, so I feel very blessed to have this opportunity to focus on studying without having to worry about debt accumulating.”

Now in law school, the intensity of her experience has done little to discourage the pursuit of her passion. “It’s like learning a new language. They’re training you to think like a lawyer,” she says. “It’s very difficult, but I’ve never for one second doubted that I wanted to be here. I really enjoy what I’m doing. It’s important and it’s interesting to me, and so I don’t know what more you could really ask for out of grad school.”

After law school, Olivia hopes to pursue work as a public defender. “I’ve always been very interested in the narrative of people’s lives, and a public defender represents probably the most vulnerable people in the most vulnerable times of their lives,” she says. “It’s an opportunity to really live out the gospel. Regardless of what they’ve done, or who they are, or what opportunities they’ve had, to say, ‘I will be your advocate, and I will seek justice on your behalf,’ is a really significant thing for people who are so often forgotten.”

The same affinity for her hometown that led her to Corban is also what drives her desire to return after law school. “With everything going on, specifically I’m drawn back to Oregon because it’s my home, but also because Portland is currently such a significant place in our country,” she says. “I think right now in our country we have a lot of contempt for people. I feel like it used to be that people disagreed about how things are supposed to be done, but now that’s shifted towards disagreeing based on who a person is. The opportunity to step into that space and affirm someone’s personhood when there’s a lot of vitriol and contempt is what keeps me motivated.”

From her time at Corban, where she learned to find empathy behind dry legal precedent and to read the humanity behind the history, Olivia is eager to fuse her new expertise with her unique biblical perspective, helping to introduce order to the calamity of her home state and hope to those who feel forgotten. “To me, public defender work doesn’t always say, ‘I love what this person did,’ but it does say, ‘I love this person,’” she says. “And I think we as Christians are called to be peacemakers in this new space. It would be amazing to have the opportunity to defend people on both sides of the political and religious spectrum, to recognize their humanity and their value. I think that’s a space that Christians uniquely can understand. It’s the type of work I could see myself doing for the rest of my life.”