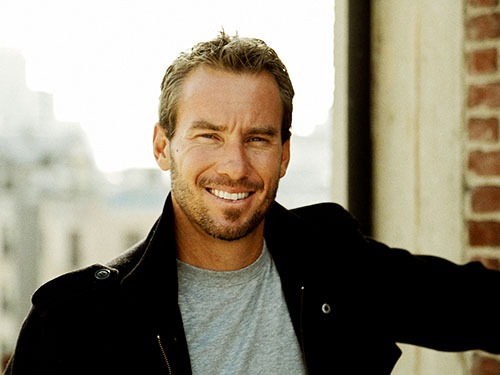 The Christian Thought Leader (CTL) initiative is to provide Corban University and the greater regional community a series of opportunities for candid and insightful dialogue about how faith informs our community and culture. The CTL Conference regularly addresses the Corban community’s collective visions of business, politics, science, ministry, and the social good. This semester’s CTL Conference focused on the topic of “Faith, Sexuality, & Gender.”

Dr. Preston Sprinkle is a professor, speaker, and New York Times bestselling author, as well as the founder of Center for Faith, Sexuality & Gender. He earned his Ph.D. in New Testament from Aberdeen University in Scotland (2007), and he’s been a professor of theology at Cedarville University (OH), Nottingham University (England), and Eternity Bible College (CA and ID). Dr. Sprinkle is currently a full-time author, speaker, and teacher.

“There’s a lot of fear going into this conversation,” Dr. Preston Sprinkle told Corban students and guests during the one-day conference on faith, sexuality, and gender.

On the one hand, there’s fear that Christians will begin to compromise their adherence to the authority and truth of Scripture or sacrifice aspects of their theology for the sake of empathy or cultural relevance.

On the other hand, there’s a deep-seated fear among people who identify as LGBTQ+ that they’ll be treated with hatred, shame, or rejection by Christians and the church.

Dr. Sprinkle observed that there were equally loud voices on both ends of the spectrum, strongly held opinions, even stronger beliefs and emotions, and—when it came down to it—not a lot of depth in people’s theology.

Several years ago, he began to see the need for a more nuanced conversation surrounding faith and sexuality, a better way to understand homosexuality in the context of the Bible than simply quoting the five passages where it’s prohibited (and many people he talked to couldn’t even do that).

Dr. Sprinkle began to research. He began to study the Bible as a whole, with one goal: to honestly go wherever the text led him. “We need to go where the text leads,” he encouraged students. “Not just where your presuppositions lead, not just what your culture says. Where does the text lead?”

But isolated study could only answer his questions from one approach. He realized he needed to dive into the human element as well. This wasn’t just a debate about issues—it was a debate that affected people. He began to ask people to share their stories with him, and for a long time, he just listened.

Stereotypes were quickly deconstructed as Dr. Sprinkle talked over coffee and lunch with people in the LGBTQ+ community. “We’d start talking about life, and movies, and sports,” Dr. Sprinkle shares. “I found myself delighting in my new friends.”

Dr. Sprinkle shared why, after years of looking honestly at Scripture, he not only endorsed but celebrated a traditional Christian view of marriage. From Creation to redemption, he saw heterosexual marriage woven into the fabric of God’s narrative. In the first two chapters of Genesis, he explains, “male and female” comes in a beautiful series of binary opposites that work together to “sing God’s glory in harmony”: the heavens and the earth, night and day, light and darkness, and finally, on the sixth day, male and female. Adam and Eve’s sexual difference was an intrinsic part of their unity and reflected Creation around them. By definition, a biblical marriage involves “the union between two sexually different persons.”

In addition to the Creation narrative, Dr. Sprinkle observed that whenever the Bible did mention same-sex sexual behavior, it was always prohibited. “The fact that it’s always negative is pretty remarkable,” Dr. Sprinkle noted. Many other ethical questions are not addressed nearly as consistently in Scripture. He gave the example of whether or not you should kill your enemies. “It depends on whether you’re reading Joshua or the Sermon on the Mount!” But same-sex sexual behavior isn’t treated with diversity in Scripture.

Finally, Dr. Sprinkle consulted multiple denominations and cultures. He asked himself, “Am I reading the Bible right? Or am I reading it through a narrow, white, Western, elite lens?” But even when he crossed denominational, cultural, and global lines, the wider Church’s definition of marriage over 2,000 years was amazingly consistent.

At the same time, the more stories he listed to and the more friends he made, Dr. Sprinkle became increasingly convinced that the church had not been loving people well.

Although each person he talked to shared a unique story, shattering stereotypes and preconceptions, Dr. Sprinkle began to notice a common thread among his new friends: “I grew up in the church.” In fact, according to his research, 83% of LGBTQ+ people had grown up in church. Of those, 51% had left the church by the age of 18.

It wasn’t because of theology. In fact, only 3% of LGBTQ+ people who left the church did so for theological reasons. The remaining 97%, Dr. Sprinkle concluded, must have left for relational reasons.

He quoted Drew Harper, who says, “To be gay in the American Evangelical church is to be dead. You are an outcast, an orphan, a refugee. A diseased person.”

Many of the LGBTQ+ people he talked to were genuinely afraid of Christians. Some, like his friend Leslie, who had experienced life as a male since the age of four despite being a biological female, had been invited to “leave the church and never come back.” Others had been shamed, humiliated, mocked, made the punchlines to jokes, stereotyped, dehumanized. Where was the “kindness of God that leads to repentance,” clearly described in Romans 2:4, and which should have been manifested in Christ’s people, the Church?

“Until the LGBT community thinks ‘church = kindness,’” Dr. Sprinkle proclaimed, “we are failing to love and embody the kindness of Jesus as we ought.”

So, are Christians at a crossroads? Do Christians have to choose between truly loving LGBTQ+ people or holding to their theology of biblical marriage?

“I am on a mission,” Dr. Sprinkle said, “to say that that is a false dichotomy.”

After sharing his journey in Chapel, Dr. Sprinkle spent the remainder of the day dialoguing with students, faculty, the Cabinet, local Salem pastors and youth pastors, and community members.

In an afternoon interdisciplinary class discussion, students were given the opportunity to ask questions about the theology of loving people: What do I do if my best friend asks me to be a bridesmaid when she marries another woman? What language should I avoid so I don’t accidentally put up relational walls?

Later that evening, community members, youth groups, and guests gathered at Morning Star Community Church, where they had the opportunity to text in questions like “What do I do if my parents are homophobic, and I’m gay?”

Dr. Sprinkle responded carefully to each question, sometimes offering a black-and-white answer, but more often challenging people to weigh each individual situation on its own. “It depends,” he’d often say. For example, when it came to attending weddings, he advocated weighing the relationship at stake, whether or not the couple were professing Christians, and what your attendance would signify to them. He implored parents to think carefully about missing the wedding of their gay son or daughter. It may not be worth the cost of severing or impairing a relationship.

And wherever your conscience leads you, be consistent. If you decide not to attend same-sex weddings because they’re unbiblical, don’t attend other unbiblical weddings. Don’t attend a wedding between a Christian and a non-believer. Don’t attend a wedding when one of the parties was unbiblically divorced. Dr. Sprinkle warned against creating a dichotomy between “gay sin” and “straight sin.” Sexual immorality should be viewed consistently. There’s no such thing as a “special kind of sinner.”

Learn more about Dr. Preston Sprinkle and his ministry Center for Faith.